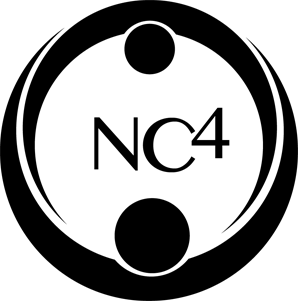 I just wanted to give you a quick update on the wonderful doors the Lord is opening for the Gospel to go forth in other communities and Indians tribes.  Last month I made contact with an Indian tribe called the Kocama Kocamirlla (not sure of the spelling) through an Indian advocate office here in Yurimaguas.  This office steps in to help settle land disputes between villages and when I went to speak to them about going to some of the Indian communities they work with it just so happened that there were two men from one of their villages that were in Yurimaguas at that time.

I had the chance to meet with these men to tell them what I do and it turned out that the only Christian in that village was one of the two men sitting in front of me.  His name, appropriately enough, is Melchizedek.  We made plans for me to visit their village the following week, which I did, to have a community meeting to discuss doing a water filter project for each family in the village.

During the community meeting I had the opportunity to explain who I was and why I was there which led into the Gospel message.  We did not have the chance to lead people in prayer to accept the Lord at that time but Melchizedek set up an evening meeting to have a Bible study and several from this small village of 16 families came.  There, several adults accepted Christ as their personal Savior and Lord!

The next day we had a children’s meeting for the same purpose and several children also accepted Jesus as their Lord and Savior.  While there is no church in their village there is one about a 15-minute walk from their community, which just happens to be a church plant of the church I go to in Yurimaguas!  In fact, my pastor just came back a few days ago from visiting them!  Melchizedek, his family and apparently several of the children attend this church but the community, as a whole does not.

Our plan is to go back to this village called October 8, and do the water filters, minister the Word of God and also minister in the church that is 15 minutes away. (I know this is a very odd name for a village but it’s very common to name a village after a date.  It could be the date the village came into existence.)

The next opened door to minister in other villages came through a pastor friend, named Elwin, who had been telling me about a Shawi Indian village not far from his house (“not far” is an extremely relative term) that has no church and so we made plans to visit that village as well, which we did this past Saturday.

To get there it took me a 45-minute car ride over an asphalt road to get to Pastor Elwin’s house.  Then a 45-minute forgon ride (a three-wheeled car with a pick-up bed in the back) over a very bumpy dirt road and an hour and 45 minute walk through the jungle only to find that the meeting that we were supposed to have was not communicated well enough and so hardly anyone was there.  This did give us a chance to rest and have lunch though before we could meet with those that were present.

As it turned out there was a visiting family from another village who’s mother was very ill with severe pain in her shoulders, arms, hands and legs.  According to the daughter she had been that way for the last three months and was not able to get up and move about in her daily life without a great deal of pain.  She had gotten some shots from the doctor to relieve the pain but it was not able to cure it.  The daughter asked Pastor Elwin if he had any pain medication or shots that he could give to her mom but since he didn’t he said we could pray for her.

We went right next door to where the mom was and she was lying on some wooden boards they used as a bed for her.  She appeared to be in a great deal of pain so Pastor Elwin read a Scripture to her and the family and then prayed.  When he did God’s power to heal was present and so when he finished I asked her if she still had pain.  She said she did so we prayed again taking part by part of her body that had pain and each part got healed.  When we finished with her upper body she could sit up without pain and raise her arms over her head, which she could do before.

Then we started with her lower body.  We prayed for her lower back and especially her very swollen right knee.  As we prayed successive times I could see the swelling in her knee go down and Pastor Elwin had her stand up and walk around.  She was weak at first but was able to walk, which she could not do before.  The more she walked the better she got.  Her upper body became more mobile as well so that she could raise her arms much easier and much higher than when she first got healed.

Pastor Elwin then led the whole family to the saving knowledge of our Lord and Savior Jesus Christ!  We made plans to go back to this village as well in two weeks to continue with the Word of God.

I tell you this so that you can rejoice with me in the salvations and the manifestation of the presence of God to show Himself strong to a people who have not known Him before.  As we stand together in prayer to reach these communities who sit in darkness the Gospel is going forth and people’s lives are being changed!  This is real and it’s because the Body of Christ is joining hands together to form a long link to reach those that were once unreachable.  I want to thank you so very much for taking your part in this work seriously enough to pray for the lost to come into the Kingdom.

I also want to strongly encourage you to pray for those around you who do not know Christ that the Lord will give you opportunity to share the Gospel with them.  You may very well be the only Light they will ever have the opportunity to see and know.  God bless each of you for all that you are doing for the Kingdom.

In Him and for Him Forever,